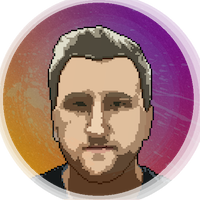 Bash is a language that is quite useful for automation no matter what language you write in. Bash can do so many powerful system-level tasks. Even if you are on windows these days you are likely to come across bash inside a cloud VM, Continuous Integration, or even inside of docker.

I have three techniques that help me write more composable bash scripts.

Break scripts down into reusable components

Functions in bash are quite simple. They are something that I wish I would have started using long ago. They make your code much more reusable. I often use them in my aliases as well since they can simplify the process and allow more flexibility.

Source the file to load the function and run it from the terminal.

Arguments and options are quite a bit more complex in bash. For now, we will focus on the basics which are not all that bad.

easiest and most common to use

Positional arguments can be pulled out quite easily using $1 for the first one, $2 for the second, and so on.

note $0 is the command that was called. You will see this often used to find the command called to open up your current shell.

Now we have a function that accepts positional arguments and we can call it by passing things into it.

More than one argument would be ignored since we are only looking at $1.

Just the same as before since we do not use the second argument.

Bash has another special variable $@ that stores all arguments in one.

Just the same as before.

Now the function will output all arguments that are passed into it since we are using the $@ variable.

Super powers in a single line

The easiest and most common way to handle an error in bash is through the use of the logical operators && (and) and || (or).

Here I have a concrete example from earlier today. I was creating a bash script to run a python script from cron. The bash script is there to make sure that we have the python environment, activate it, and run. If it doesn't have it, it should create it.

note Inside of env_exists grep will look for whole words if there is a match it will give a status code 0 if it finds a match and not 0 if there is no match.

The last thing I want to discuss is making a bash script both runnable and sourceable. This makes it so that you can source filename.sh and run each function individually, or bash filename.sh to run the script. This is a similar concept to if __name__ == " __main__" from python.

I did try this from bash and zsh with success. The following is an example that would pass all arguments into a main function.

Extending the example above that created a python example if necessary we can create the env if necessary, activate the environment, and run the script.

Using this syntax to run our "main" functions will allow us to both runs the script or source the script to utilize the functions that we created. 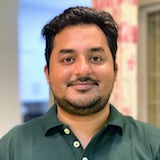 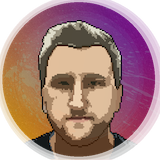 Wow, IFrames open up a whole new set of opportunities.

True! It was one of his feedback and we implemented it on priority. :D Waylon