Stand With Your Team 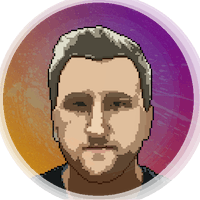 People who are quick to toss team members under a bus are not well trusted or highly thought of and it will lead to some toxic team dynamics.

While collaborating on any project there are going to be decisions made that aren't necessarily your favorite, during a summer internship my mentor made some decisions that I was not on board with, but I accepted his wisdom and moved forward with little push back.

During a review, leadership showed interest in the option that I wanted to go towards. I was quick to jump up and say I told you so right then and there and pitch reasons why my idea was so much better.

I walked out so proud that leadership recognized my idea, but I will never forget the look on my teammate's face and what he told me after the meeting.

"Wow quick to throw me under the bus in front of everyone 😢". I

It was at this moment that I threw my mentor, a good friend in front of a bus that was at full speed. I will never forget this moment and the importance of being a good trustworthy team player.

Speak your Mind, be heard, shut up

This day I learned that there is a time to speak your mind. While that bus is sitting idle it would have hurt no one.

There are times where it's appropriate to sit down and shut up.

Do you have a story of how not standing with your team caused you pain later on. I would love to hear and learn from your experience.